The self-declared and unrecognized, Republic of Somaliland, has accomplished a tangible economic and political reconstruction since its secession in 1991. This study aims to shed light on the international trade pattern of Somaliland and its export/import components.

Livestock is the major export of Somaliland accompanied by its byproducts, such as hides and skins, while imports of food, fuel and manufactured products are crucial to the Somaliland economy. Although livestock trade considerably contributes to the economy, it faces a number of challenges and losses due to the absence of the international financial system, dependency on few foreign markets and high taxation. Saudi Arabia is the leading destination of Somaliland livestock exports followed by Yemen, UAE and Oman. While imports originate from neighbouring countries such as; Gulf countries, south east Asian countries and others.

Somaliland has been an independent economy since it declared unilateral independence from Somalia in 1991. Due to a destructive civil war between the Somali National Movement (SNM) and the military regime of Somalia, the country’s economy was essentially started from scratch. People returned to their demolished homes with empty hands from refugee camps in 1991 and throughout the 1990s.

In addition, the infrastructure was completely shattered and the capital city, Hargeisa, was left in rubble. The economy started to be revived after restoration of law and order, which has been followed by relative peace and stability. The economic and political reconstruction of Somaliland has been almost entirely a domestic affair (Bradbury, Abokor & Yusuf 2003), and the the state never acquired development assistance due to the absence of official recognition from the international community (Eubank 2010).

Hargeisa, the capital of Somaliland

Twenty one years later, the nation’s Gross Domestic Product (GDP) has been estimated to be $1.4 billion (World Bank & Ministry of National Planning and Development 2014). Moreover, with an estimated population of four million, the country’s GDP per capita is estimated to be $347 in 2012 and ranked the 4th lowest in the world, ahead of only Malawi, DR Congo and Burundi.

Trade plays a crucial role as export levies and import taxes contributed over 50 percent of the revenue in 2012. Somaliland’s economy is described as a very open economy according to the ratio of imports and exports to GDP which is 91.5 percent, the 7th highest in sub-saharan Africa and 45th highest in the world (World Bank & Ministry of National Planning and Development 2014). This ratio provides a rough measure of economic interdependence among nations (Salvatore 2013).

The country’s tariff rates relative to Sub-Saharan African countries are said to be effective with import tariffs of 4.15 percent and export tariffs of 3.34 percent respectively. The Berbera port is the economic engine of the country, providing all necessary import and export services (Berbera Port Authority 2016). With imports of $883 million and exports of $387 million, the country experienced a trade deficit of about $496 million (37.5 percent of the GDP) in 2012.

However this trade deficit was financed from aid plus remittances contributions, which was about $500 million in 2012 (World Bank & Ministry of National Planning and Development 2014). Aid and remittances are not present in the GDP as they are derived from estimates on Somalia, which includes Somaliland.

Who Does Somaliland Trade With?

Saudi Arabia is the leading destination of Somaliland livestock mainly exported during the Hajj – the largest annual Muslim gathering – while Yemen is regarded as the second most important destination of livestock (Ministry of National Planning and Development 2011). The UAE, Oman and India are also major export partners of Somalia including Somaliland (The CIA world fact book 2016). 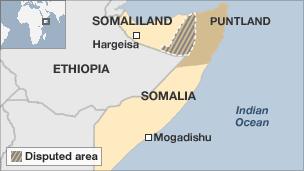 How Does Somaliland Engage in International Trade?

The strategic location of Berbera Port – southern coast of the Gulf of Aden – is a privilege to Somaliland international trade. It is a potential regional gateway particularly to the neighboring landlocked Ethiopia and to foreign investment (Azam 2010; Ministry of National Planning and Development 2011).

What Does Somaliland Export?

It depends heavily on the export earnings generated by livestock, hides and skins, frankincense and other sorts of gums. A notable characteristic of the developing countries, particularly Sub-Saharan Africa is that they heavily depend on the exports of unmanufactured goods such as agricultural and mineral exports (Todaro & Smith 2012), though they have been recently shifting to exporters of manufactured goods (Krugman & Obstfeld 2009).

Somaliland mainly exports livestock – primarily camels, cattle, sheep and goats – and its byproducts including; hides and skins together with frankincense (Ministry of National Planning and Development 2015).

As most of the country's exports are livestock, the economy heavily depends on livestock production. The industry employs over 70 percent of the population and is an important source of income for the country's citizens.

Livestock production also contributes 60 percent of the GDP and over 85 percent of the country’s foreign export earnings (Ministry of National Planning and Development 2011).

Nonetheless, the livestock trade market is vulnerable to external forces, as can be seen from the two embargoes of Somali livestock imports, by Somaliland’s trade partners in the Arabian Peninsula in 1997 and 2000 respectively (Academy for Peace and Development 2002).

In addition, the industry has faced substantial losses due to over-taxation, the absence of a financial system, the dependency of a single foreign market and price fluctuations. Total livestock exports were around 16.3 million heads of livestock between 2010 and 2014.

What Does Somaliland Import?

However another import channel is the Wajale customs on the Ethiopia-Somaliland border, where other items, primarily Kat are imported.

Somaliland livestock trade has contributed to the livelihoods of the Somalis for generations. However, the arrival of the British colony transformed the livestock trade and increased the demand as they aimed to supply fresh meat to their army in Aden. As a result, the Berbera port became the trade hub and the major port of livestock exports in the Somaliland British Protectorate.

Livestock exports continued to excel in post-colonial Somalia, where the export numbers peaked in 1970s (Samatar, Salisbury & Bascom 1988). Only male goats, sheep, camel and cattle are exported, while the female livestock are consumed locally. Many are sold locally in Burao, Hargeisa and Wajale - the key local livestock markets.

Due to the civil war of the late 1980s, livestock exports stopped, but restarted in 1991 when relative peace was achieved. It took only two years for the livestock exports to match that of the prewar level, and they exceeded it in 1994 (Academy for Peace and Development 2002).

Vendor in the Money Market

Nonetheless, that number decreased by 64 percent in the following year after Saudi Arabia banned importing Somali livestock due to the outbreak of Rift Valley Fever in Southern Somalia. That ban lasted until mid-1999.

However, the livestock ban to Oman, UAE, Qatar, and Yemen was still in place.. In 2000, Gulf countries issued a total ban of the Horn of African countries' livestock as the Rift Valley Fever was spotted in Saudi Arabia and Yemen. Obviously, these bans proved the vulnerability of Somaliland livestock economy and reliance on a few trading partners (Academy for Peace and Development 2002).

Livestock is the major export of Somaliland accompanied by its byproducts such as; hides and skins. The country also relies heavily on imports of food, fuel and manufactured products.

Berbera Port is the country’s main seaport, providing both importing and exporting services. Somaliland exports primarily end up in Arabian Peninsula while its imports come from neighboring African countries, Gulf countries and others in south east Asia.

Azam, J.-P. (2010). "A State is Born: Transport Infrastructure and Democracy in Somaliland"Political Economy and Development. Paris : Paris School of Economics.