Ingushetia, officially the Republic of Ingushetia, is a federal subject of Russia located in the North Caucasus region of southern Russia. 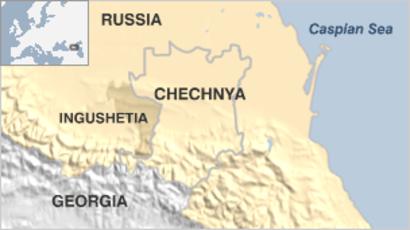 It was established on June 4, 1992, after the Chechen-Ingush Autonomous Soviet Socialist Republic was split in two. The republic is home to the indigenous Ingush people, a people closely related to the neighbouring Chechen people and are primarily of the Islamic faith.

The flag of Ingushetia was adopted as the official flag of the Republic of Ingushetia in 1994. It depicts a red 'triskelion' symbol on a white background, with narrow green horizontal stripes above and below.

A triskelion is a motif consisting of a triple spiral exhibiting rotational symmetry.

In the religion, culture and philosophy of the Ingush people, the triskelion image in the center of the flag represents not only the sun and the universe but also awareness of the oneness of the spirit in the past, present and future.

The red in the flag represents the struggle of the Ingush people for existence and recognition in the defense of their homeland - Ingushetia. The white portion of the flag symbolizes the divine purity of the thoughts and views of the Ingush nation.

Lastly, the green portion of the flag, present in many other flags of the North Caucasus region, represents Islam, as it is the predominant religion in Ingushetia and the surrounding regions.